Clamping down on crypto applications that “mess with the primal forces of regulation” is necessary, says Shark Tank host and millionaire venture capitalist, Kevin O’Leary,

who argued that Tornado Cash and similar services prevent natural institutional capital from entering the space.In a discussion on Crypto Banter on Saturday, O’Leary, also known as Mr Wonderful,

suggested that applications like Ethereum-based crypto mixer Tornado Cash are a part of a “crypto cowboy” culture that shouldn’t have a place in the industry.

Instead, O’Leary is of the view that crypto needs a “rules-based environment” to attract natural institutional capital into the digital-asset industry,

and much of that regulation needs to stamp out protocols like Tornado Cash, which enables users to conduct anonymous transactions and potentially engage in criminal activity.

In the discussion, O’Leary didn’t back down on his opinion regarding the arrest of the Tornado Cash creator Alexey Pertsev, stating: “At the end of the day, it’s okay to arrest that guy. Why?

He’s messing with the primal forces of regulation If we have to sacrifice him, that’s okay because we want to have some stability in that institutional capital.”

The venture capitalist said that while institutional interest in the digital-assets sector continues to increase, “they’re not going to touch it while crypto cowboys are riding the fence.”

O’Leary emphasized that “until we get rid of this crap,” there will be no “stability in institutional capital.” Still, he believes that the industry is slowly but surely weeding out the “cowboys”:

“I think we’re getting to that stage now. Maybe we’re in the third or fourth inning towards that, but I’m tired of this crypto cowboy crap. I want to get involved in a regulated place where we can bring billions of dollars to work. 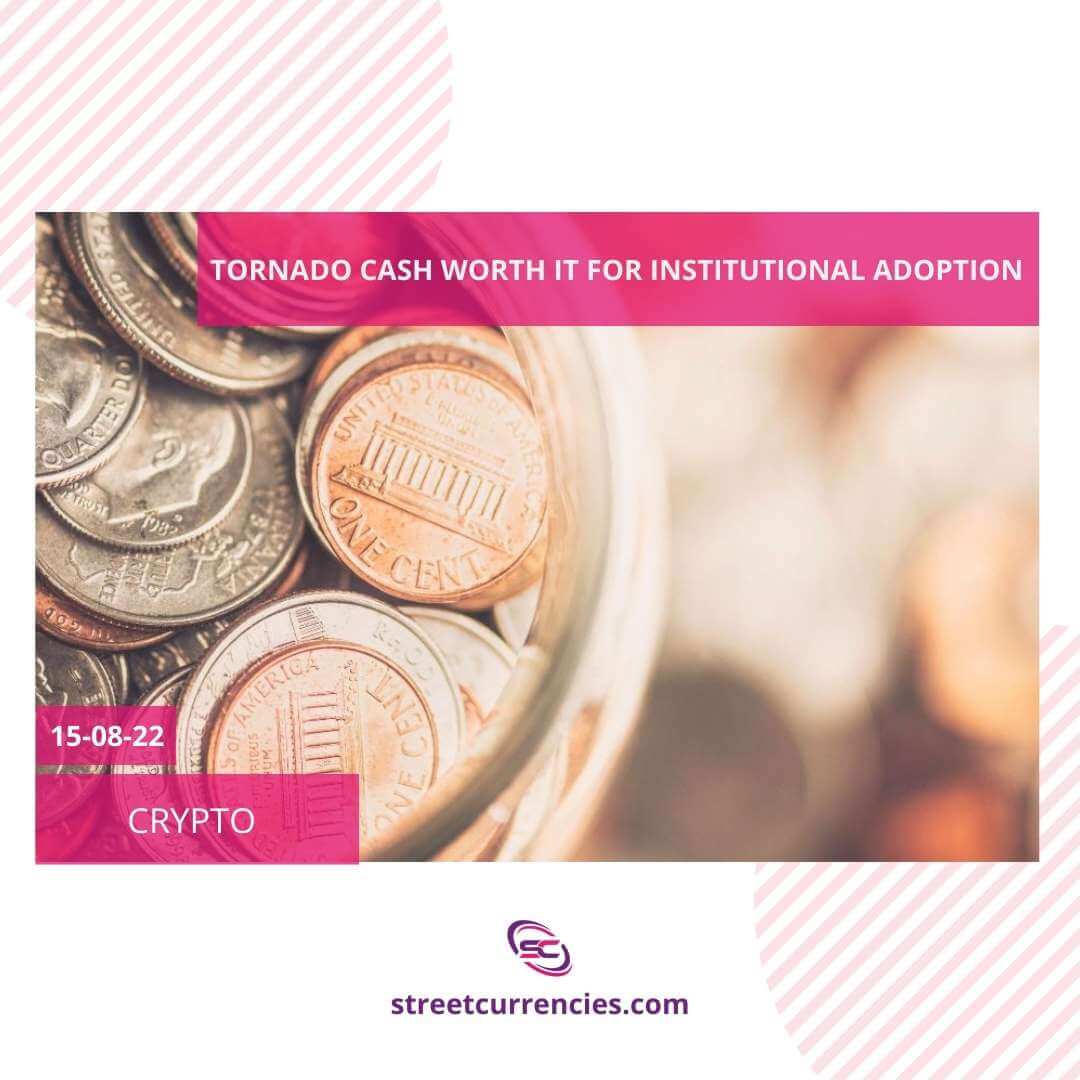 I don’t need to be a crypto cowboy, and I don’t want to be one because I work in the regulated world.” But O’Leary's opinion flies in the face of the sentiment of many in the space.

Gnosis co-founder Stefan George defended Tornado Cash, stating that the protocol brings “much-needed privacy” to Ethereum and that writing open-source software should be recognized as “an expression of free speech.” 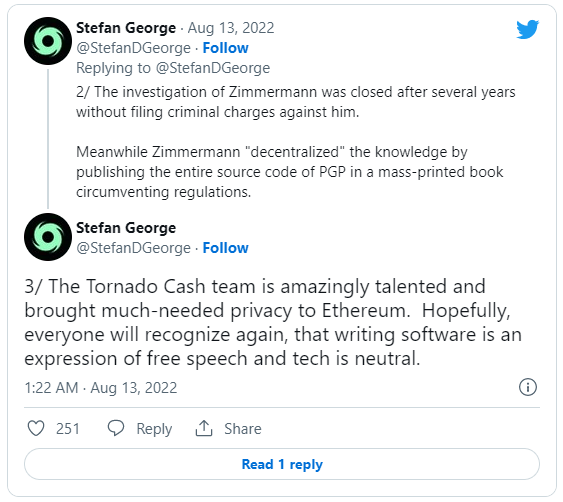 Chainlink Lead Developer Advocate Patrick Collins also said that removing Tornado Cash’s GitHub account is “much worse than sanctioning a website” as code is speech. By doing so, the U.S. Treasury is violating the first amendment of the U.S. Constitution. 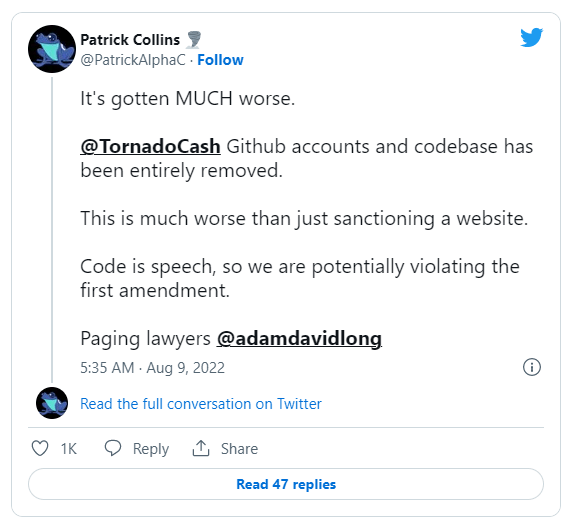 Ethereum educator Anthony Sassano shared in a Tweet to his 218,000 followers that he was temporarily banned from decentralized finance (DeFi) lending protocol AAVE after his address was blacklisted for receiving 0.1 Ether (ETH) from an anonymous person via Tornado Cash.

Sassano noted that the "main conclusion I have come to from recent events is that Ethereum is more of a concern to governments/nation-states than Bitcoin." 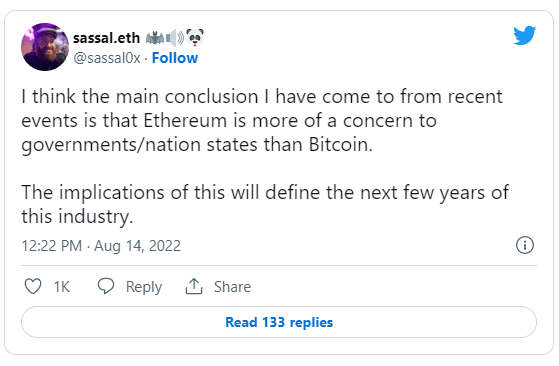 Last week, the Dutch financial crime authority, the Fiscal Information and Investigation Service (FIOD), arrested a 29-year-old Tornado Cash developer suspected of being involved in money laundering via the protocol.

According to a Dutch regulatory body, over $7 billion has flowed through Tornado Cash’s smart contracts since its inception in 2019.

The sanctions from the U.S. Treasury came after more claims that the protocol had increasingly been used for money laundering activities. - cointelegraph