(Source: cointelegraph.com) Bitcoin price action will stay stuck in the lower half of its macro...

(Source: cointelegraph.com) Bitcoin price action will stay stuck in the lower half of its macro range unless two key moving averages can flip to support.

Bitcoin (BTC) may have rebounded strongly in recent days, but its journey to new highs is only just beginning — and far from guaranteed, new analysis suggests.

For Rekt Capital, a longer-timeframe perspective puts BTC/USD in a corridor from $28,000 to $69,000 — corresponding to the 2021 open and all-time high, respectively.

Right in the middle of those two price points are two moving averages, and so far, Bitcoin has not won them back as support levels. In order to have another shot at beating the highs, he argues, this must become reality.

"These two BTC Bull Market EMAs are now going to figure as a resistance," he summarized alongside a chart.

"They constitute the mid-point of the macro range Both need to be reclaimed as support for BTC to enter the upper half of its macro range." 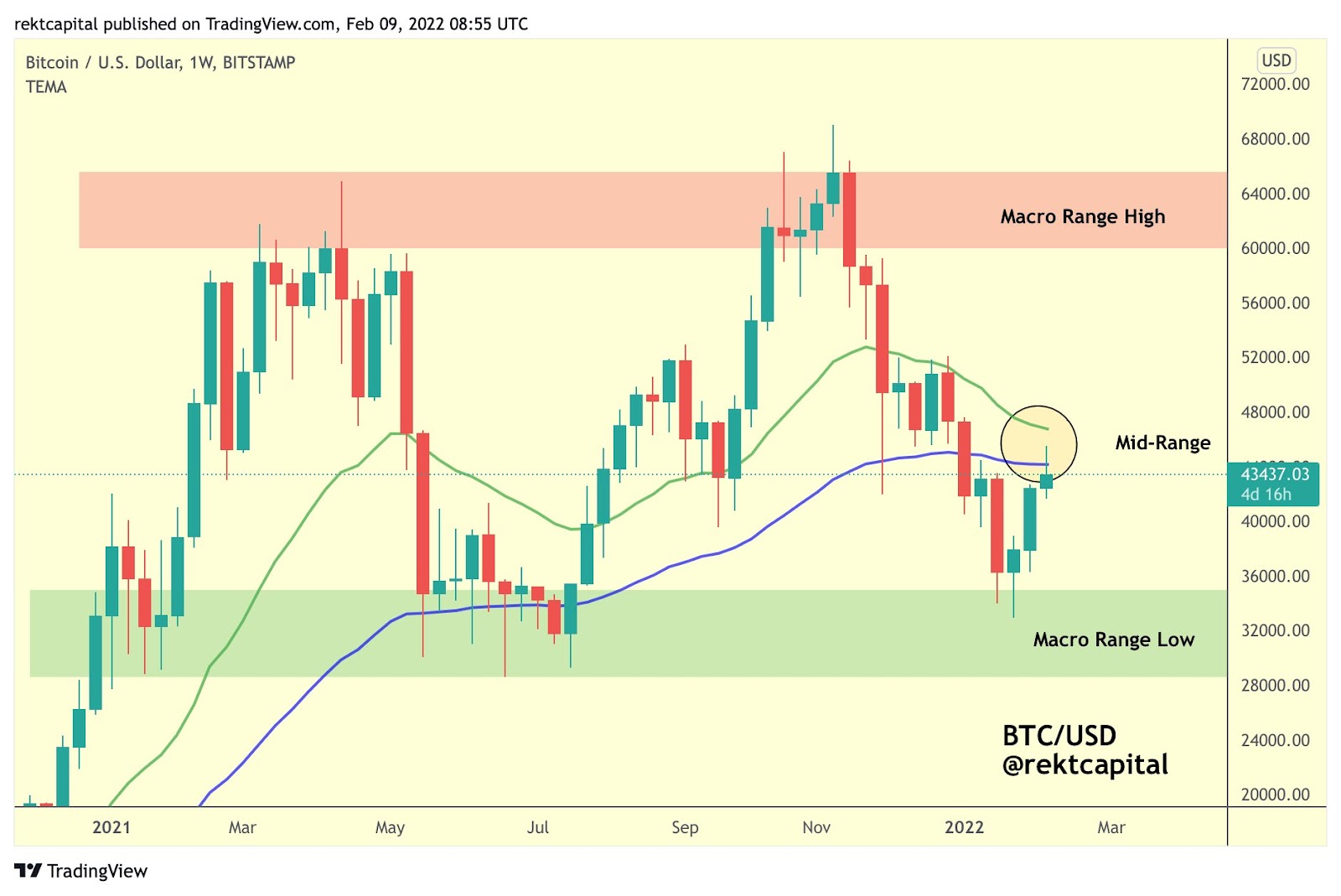 No "golden cross" on the horizon for now

Turning to shorter timeframes and unwinding of Bitcoin's recent "death cross" construction on the daily chart has yet to show signs of entering.

Their validity remains hotly contested, but the opposite — the "golden cross" construction, is traditionally heralded as a sign of market strength.

A look at the daily chart this week, however, shows that the 50-day moving average is yet to begin sloping up to meet its 200-day counterpart, as per data from Cointelegraph Markets Pro and TradingView.

BTC/USD has nonetheless broken above the 50-day trendline this week — for the first time since November's record. 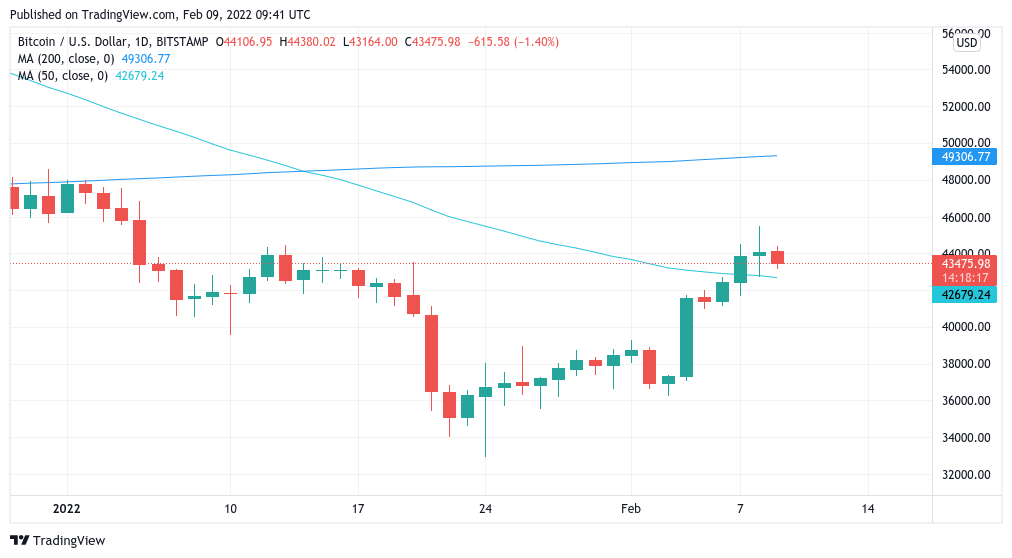